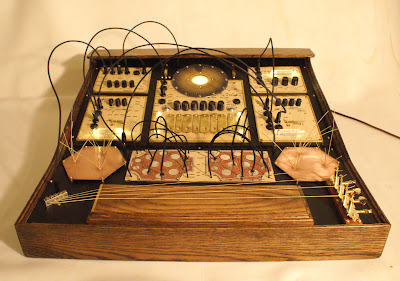 Built in the style of the Impossible Box with custom lamps, keys and switches, all cloth covered cable patch cables, labeled and brass framed panels all built into the custom oak case with internal power supply. Designed to act as a standalone acoustic electronic bio-feedback workstation capable of entire lush  compositions. All sections have tip connectors specific to the sound field, and/or each section features a standard 1/4" in and out to allow them to be used to process, sample, mangle or transform any external audio. The cloth covered cables included are also stackable to allow for a range of other possibilities. All CV control jacks are 3.5mm. 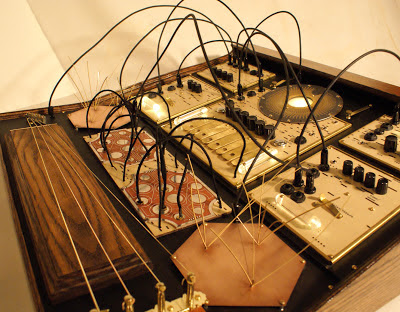 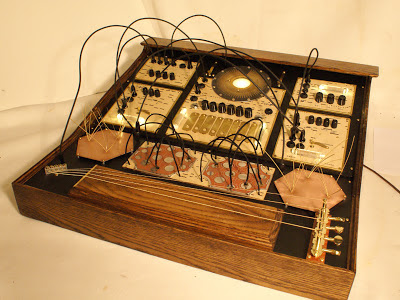 The central processing section is essentially a time machine - a piece designed to heavily alter captured loops in thousands of way by use of a magnetic patchbay with patchable keys. This section has 3 voltage clock and/or LFO voltage signals which can be used to synch the other sections via CV, or sent out to control external modular synthesis. Additionally, the 1/4" "tap out" can be sent to any equipment that recieves tap signals, or as a simple method to convert to a midi clock. 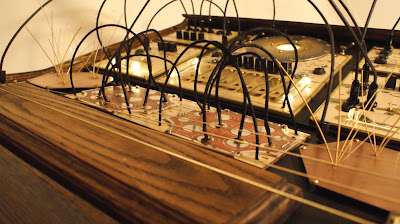 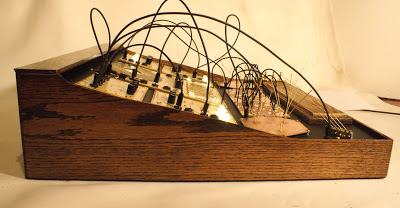 There are four acoustic elements - two garden panels, a stringed section reminiscent of the mobius harmonizer and a textured blank panel which can be used to capture micro sounds. Any of these acoustic sections can be sent into any of the other panels for processing/sampling, or they can be sent into the four channel mixer. 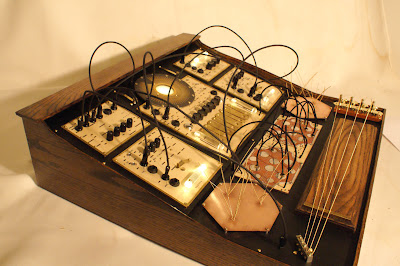 The mixer amplifies the signals and allows for volume control of each to be sent into any of the following;
the delay section provides delays from extremely tight to about 1.5 seconds with near endless repeats - like that of the micro garden. It also accepts control voltage from either the time machine section or any external CV to control on/off and time.
The wave reverb section provides lush waves like that of the Luminist Garden, but also switchable to provide analog delay like that of the illuminist Garden. It also features CV in to control on/off and has decay when switched off so there are no sudden stops in  the wave. The time machine CV out will activate and deactivate the reverb in time if patched to the clocks.
The Filter section has mix, resonance and frequency control and CV in to control the frequency - also patchable from the time machine for synchronization. 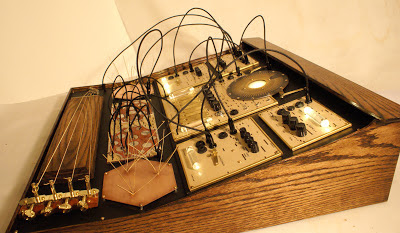 The result is a piece that's capable of entire fields of sound and deep, rich and layered compositions. 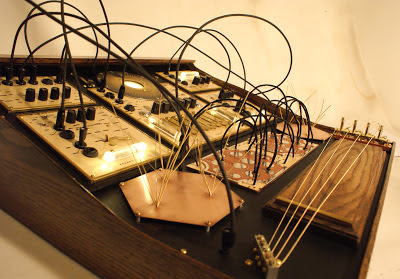 Aside from the Impossible Box (Arius' own studio piece), this is the finest work by Mr Blaze to date.
Posted by folks at 4:00 PM No comments: 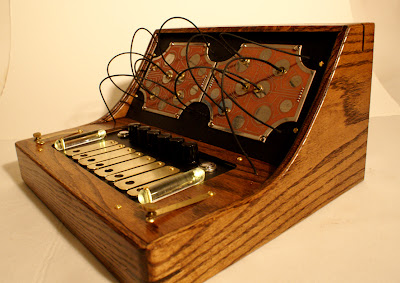 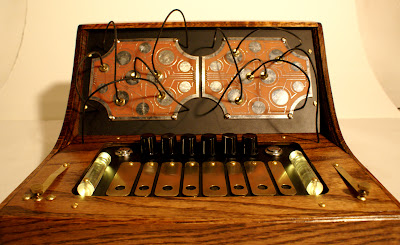 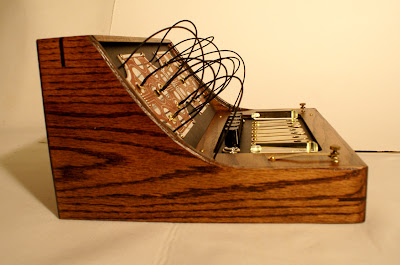 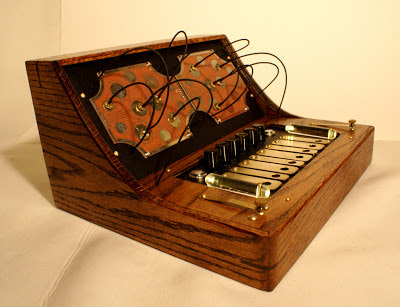 This time machine created by Arius Blaze is a very small series of identical works featuring patchable keys via magnetic patchbay.
Direct link to the offical folktek page.
Capable of everything the other time machines are but quite a bit more refined and with added connection possibilities so for the time being, sounds and videos will reference older models. More will be added when possible. For more reference, read up on the other models on the time portion of the folktek site.
The Time Machine is an "on the fly" remix machine. 8 patchable keys determine timing change ups and odd granular effects/ring modulation of either a sampled sound (from extremely tight to up to about 8 seconds - becoming more lo-fi after a few seconds) or a direct incoming signal. Time is selectable between 3 ranges to allow for more range on the timing knob.
After a sample is captured, bits and pieces of the incoming signal can be added to or replace parts of the original. Parts can also be added (or replace the original) in time with the time machine internal clock from half steps to 1/16th - so whatever is added or subtracted is automatically synchronized.
As a delay it's exceptionally Dub heavy with feedback ranging from singular to decaying repeat.
This is a digital piece with a very warm sound and very analog characteristics. A sample can be slowed to grumbles or sped up a great deal. The patches are magnetic - a thing we at folktek came up with so there is no need for plugging - you simply set your patch plug on whatever point you like. Patches are assigned to each key and pressing more than one key at a time creates a matrix affect allowing for more complicated effects and resampling. With the use of a magnet, a key can be depressed to act as a switch. The result is high and simple playability with thousands of possibilities.
Connections on the back allow the time machine to act as a master clock - with three 1/8" clock outputs and a tap tempo out. Using the tap tempo out and connection to a midi footswitch controller makes for an easy and inexpensive method of using the timem machine as the master clock over midi as well
Custom Oak box (the nicest created by Arius to date), custom switches and keys and custom patchbays and cloth covered cables. The time machine has controls for mix, feedback, time one and two, level controls, sample on, delay on, 1/4" input, 1/4" output, and runs on a standard 9v-12v power supply.
ished to order and ships in 2-3 weeks
Posted by folks at 5:42 PM No comments: